Hi to all you guys from Northampton, Leamington or Banbury who have watched my zoom dealer den. Thanks for watching. If you want to buy anything I showed or the special deals please go to this page:-

and I hope to see you in person soon.

Ten from KB – My first ebook

Hi there,
this is to announce my first ebook. Although I have written instructions, lecture notes and a couple of small books in the past this is the first book I have written specifically as an e-book. It’s all my original material or original variations on classic tricks.
It includes three short unlisted videos on youtube to show you some of the moves.
I normally email it to you as soon as I can but seldom later than the next working day.
Here is what you get for £10:- 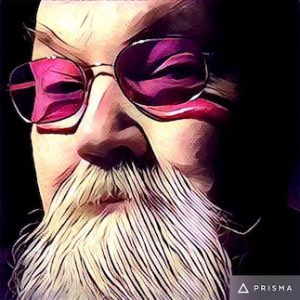 A Foreword by John Carey
Impossible Prediction
The magician predicts which card from a totally blank deck the spectator will choose, at first sight it seems crazy but it finishes with an amusing twist (includes a video clip)
Clarity Transposition
A very clean transposition of the joker with the spectators chosen card (includes two  video clips)
Clarity Transposition 2
A variation on the previous trick where the joker stays face up till the very last-minute
Double Easy No Palming Cards to Pocket
A close up or stand-up cards to pocket routine with two chosen cards, no palming and it is self resetting.
Final Fusion by John Carey
A new trick from John Carey where two signatures coalesce onto one card, very easy and almost self working
Ring on Spoon and Ring on Sharpie
Two novel variations on the classic ring on stick trick including one totally impromptu move. (includes a video clip )
The Problem with Misdirection
A short essay explaining action in transit misdirection and how to apply it to your own material.
Three Flight by John Carey
A second trick by John where a merely thought of card flies repeatedly to your pocket with a classic variation to end it.
My Very Cheeky Bottom Card Force
A really cheeky but very easy force to throw into the middle of any card routine
Blowin’ Smoke
A challenge hands off double thought of card divination under seemingly impossible conditions that is a real magician fooler. Two spectators shuffle and cut the deck and remember random cards. The spectators reassemble and shuffle the deck yet the performer still finds the thought of cards.

Hi there, hope you like my new website its been designed to make it easier for you if you are on a phone or a tablet but it still works fine on a conventional computer.  If you are using an iPad or a mobile phone try holding it horizontally for a better browsing experience.

We sell just coin magic mainly from Tango Magic in Argentina. We stock fake coins and coin tricks in both UK coins and US dollars and half dollars.  As time goes on we will be adding more and more videos showing you the effects you can do with the coin tricks and fake coins we sell.  These videos will only show the effect not the method but I will have longer videos which show how to use them to which I will supply links when you buy the trick or fake.